Coping in an Uncertain World – Lessons from The Stockdale Paradox During the first lockdown, many faced struggles around business shutdowns or restrictions, homeschooling our children, caring for elderly parents, the loneliness of isolation and anxiety around the unknown.

How did you make it through? Did you focus on the positives, like the much-needed break from your fast-paced life? Or perhaps you had more time to cook, read, exercise, or engage in a hobby you hadn’t found time for in years? Some of us looked to the future and planned a September family holiday for when we hoped things would be back to normal. But what now? As a second lockdown is in place or looming, the lack of control we have over our circumstances seems especially unnerving. All the hard work to re-open our businesses, the joy of getting our kids back to school, and the socialising with friends and family has been taken away from us after such a short reprieve. So how do we approach this situation a second time? It is in times of crisis that we look to lessons from those who have endured far more brutal hardships and survived, and there is certainly a lesson to be learned from the story of THe Stockdale Paradox – but what is it?.

James C Collins, author of the book “Good to Great” says “The name refers to Admiral Jim Stockdale, who was the highest-ranking United States military officer in the “Hanoi Hilton” prisoner-of-war camp during the height of the Vietnam War. Tortured over twenty times during his eight-year imprisonment from 1965 to 1973, Stockdale lived out the war without any prisoner’s rights, no set release date, and no certainty as to whether he would even survive to see his family again. He shouldered the burden of command, doing everything he could to create conditions that would increase the number of prisoners who would survive unbroken, while fighting an internal war against his captors and their attempts to use the prisoners for propaganda. At one point, he beat himself with a stool and cut himself with a razor, deliberately disfiguring himself, so that he could not be put on videotape as an example of a “well-treated prisoner.” He exchanged secret intelligence information with his wife through their letters, knowing that discovery would mean more torture and perhaps death. He instituted rules that would help people to deal with torture (no one can resist torture indefinitely, so he created a step-wise system–-after x minutes, you can say certain things–-that gave the men milestones to survive toward). He instituted an elaborate internal communications system to reduce the sense of isolation that their captors tried to create, which used a five-by-five matrix of tap codes for alpha characters. (Tap-tap equals the letter a, tap-pause-tap-tap equals the letter b, tap-tap-pause-tap equals the letter f, and so forth, for twenty-five letters, c doubling in for k.) At one point, during an imposed silence, the prisoners mopped and swept the central yard using the code, swish-swashing out “We love you” to Stockdale, on the third anniversary of his being shot down. After his release, Stockdale became the first three-star officer in the history of the navy to wear both aviator wings and the Congressional Medal of Honor.” It was in these brutal conditions that Stockdale developed the coping strategy that has since become known as The Stockdale Paradox. In a conversation with the author many years later, Stockdale explained that he never lost faith in the end of the story, “I never doubted not only that I would get out, but also that I would prevail in the end and turn that experience into the defining event of my life.”

When asked who of his fellow prisoners of war didn’t make it out alive, Stockdale’s response was simple. “They were the ones who said, ‘we’re going to be out by Christmas.’ And Christmas would come, and Christmas would go. Then they’d say, ‘we’re going to be out by Easter.’ And Easter would come, and Easter would go. In the end, they died of a broken heart. This is a very important lesson. When facing adversity, you must never confuse faith that you will prevail in the end with the discipline to confront the most brutal facts of your current reality.”

So how can this be applied to our situation in today’s lockdown?

Well, it’s important that we have faith that we will come through this crisis – because we will, undoubtedly. But

We must also accept the confronting reality of the situation and actively work through our response to that. Putting in timelines and making concrete plans will only lead to heartache if this situation, which in many respects is beyond our control, takes us in another direction.

We must manage this period day-by-day, be kind to ourselves, and loosen the reigns of control we are used to gripping so tightly. If we can do all of these things, Admiral James Stockdale’s story tells us that when the sun rises on our COVID-normal, we’ll be ready. 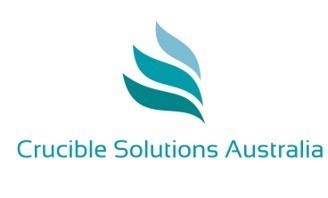 Norm Pesch Norm Pesch is a gentleman in the industry and a leader in manufacturing in Australia. Norm started his career in the RAAF looking after...
Read more
in_30days

Caterpillar 374FL Excavator The Cat 374FL has proven to be the standout performer in its class. Built with the understanding that production and fuel efficiency are...
Read more