As DMD Hire co-owner, Dom Sgro, explained, DMD Hire started out as a side-business for Mr Sgro over 12 months ago, yet rapidly took-on a life of its own.

“The business started off with just me,” said Mr Sgro. “I bought a 1.7-tonne excavator to get rid of some tax money and I figured I’d just hire it out. It was doing quite well as a side-business to my main mechanical business, Doms Plant Repairs.

“Initially, I ran the excavator skid steer loader through my mechanical business. Then I was talking with my brothers-in-law about it and they suggested getting into the tight-access market. There weren’t that many people around doing it, aside from the big hire companies, so I thought ‘it’s not a bad idea’ and we put the excavator into a new business, together. “My brother-in-law, Mitchell, does all the admin and running around, and my other brother-in-law, Dylan, does a lot of mechanical stuff with me. Being Dom, Mitchell and Dylan, we called it DMD Hire and as our customer interest picked-up we started adding more machines to it. We have seven machines, at present.

Huski Construction Equipment area sales manager – Construction, Peter Bower, then met Mr Sgro for the first time and said that although he hadn’t purchased a Huski skid steer loader before, Mr Sgro already knew a lot about them.

“Dom is a young guy with a young family and he was looking to expand his hire business, which was already doing really well,” said Mr Bower. “He was looking for a quality addition to his fleet and decided on spending a bit more on a Huski rather than a cheaper brand, because he knew that in the long-term he would recover his investment costs.

“His hire-business customers do a lot of work on new housing development sites which have a big houses but not much yard, in which case access for landscaping works is very tight. So our smallest skid steer loader, the SDK4, was a no-brainer. But, apart from size dictating the selection, Dom has had experience working on Huskis as part of his job as a plant mechanic. This helped influence his decision in as far as he was aware of Huskis’ simplicity to work on, ruggedness, and reputation for durability.”

Mr Sgro, a trained plant mechanic, agreed that his job experience helped make buying his Huski an easier choice. “I’ve worked on heavy equipment all around the country and seen a lot of different types and brands of machinery,” said Mr Sgro.

“Working on the mechanical side of the business, I have had quite a bit to do with Toyota Huski skid steer loaders. My good mate is a landscaper and he has a 2013 model Huski 4SDK4. He gives it no love whatsoever but it keeps running and running, and running. It hardly ever broke but eventually, because of its extreme workload and age, I ended up rebuilding the engine and have since done servicing and minor repairs on it. “I’ve also worked on a Huski SDK6, which I did some bits and pieces on.

“One of the main reasons I like Huskis is that they are straight-forward to work on. There’s nothing overly complicated about them, you can see exactly what you’re dealing with and there’s hardly any electrical involved. It’s basic and it’s logical, which makes it easy to work on and fix. And because it’s not complicated, things are less likely to go wrong in the first place. I think that’s a big part of Toyota Huski’s reputation for reliability.

“So those experiences definitely influenced my decision to buy a Huski for our own fleet, yes. When it came to a sit-down skid steer loader, we knew what we were after so we just got on with it and bought it, outright.

“Another reason is that the 4SDK4 was economically priced for what it can do.

“It needed to be a small machine because that suits our target market. The project homes our customers work around are getting bigger and bigger, and bigger, leaving hardly any access on the boundaries, so you just can’t fit big machines through there. At only 900mm in width, the 4SDK4 is ideal for those kinds of jobs.”

Mr Sgro is particularly impressed by his little Huski’s work-performance. “Even though it’s small, its power is amazing,” he said. It works really well in terms of its operation. It’s not just narrower, it’s a lot quicker – its productivity is vastly superior to our little stand-ons.” Mr Sgro said customers are already appreciating the option of the sit-down Huski over stand-on skid steer loaders. “The Huski works really well in the mix of our current other machines, providing more options for our customers,” said Mr Sgro. “We had a customer come in the other day wanting another brand of skid steer loader but it was too wide for his job so we gave him the Huski.

“He came back rapt, saying he moved about 15-tonnes of dirt in about two hours and figured he’d have easily been another two hours on site with a stand-on machine. We were happy to get such good feedback.”

Since purchasing his Toyota Huski, Mr Sgro said he hasn’t had much need of help from Huski Construction Equipment because, as a mechanic, he services his machine himself and that the 4SDK4 has only 200 hours on it, so far. “But support from Toyota Huski has been good so far,” he said. “We have appreciated Peter’s honesty, throughout. We’ll definitely be giving him a call when it comes time to adding another Huski to our fleet in the future.”

They say if you love what you do, you’ll never work a day in your life. Aaron Rae, owner/director of North Coast Contracting, is...
Read more
in_30days

In the house Reece Allen grew up in, they had a saying: the four Allen boys never met a machine they couldn’t drive. Reece, the...
Read more
Attachments

Making the jump means not fearing the fall for Skelton Earthworks

Starting a business always carries an element of risk. But as a professional stunt rider, Blake Skelton knew the secret to keeping your balance...
Read more 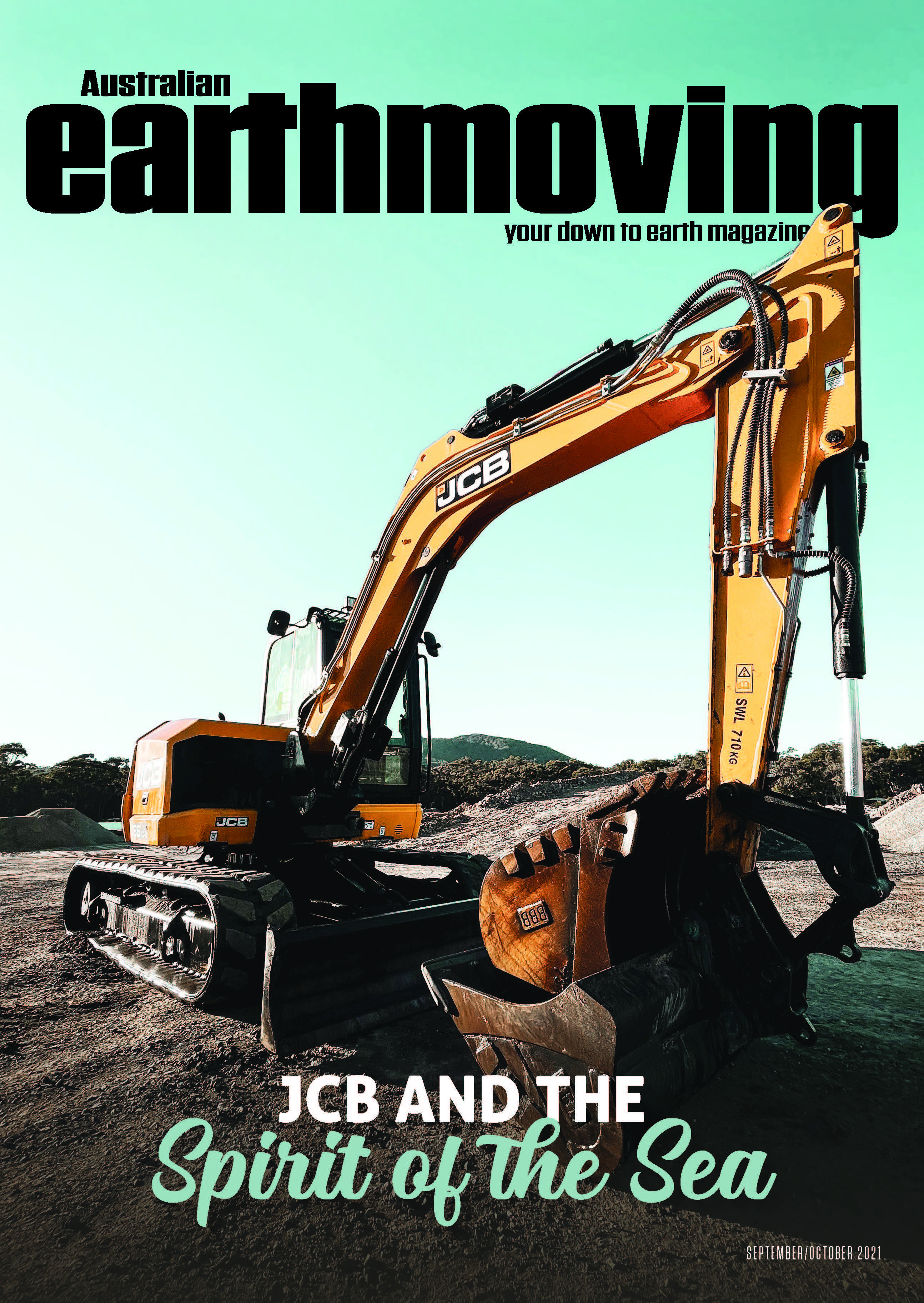 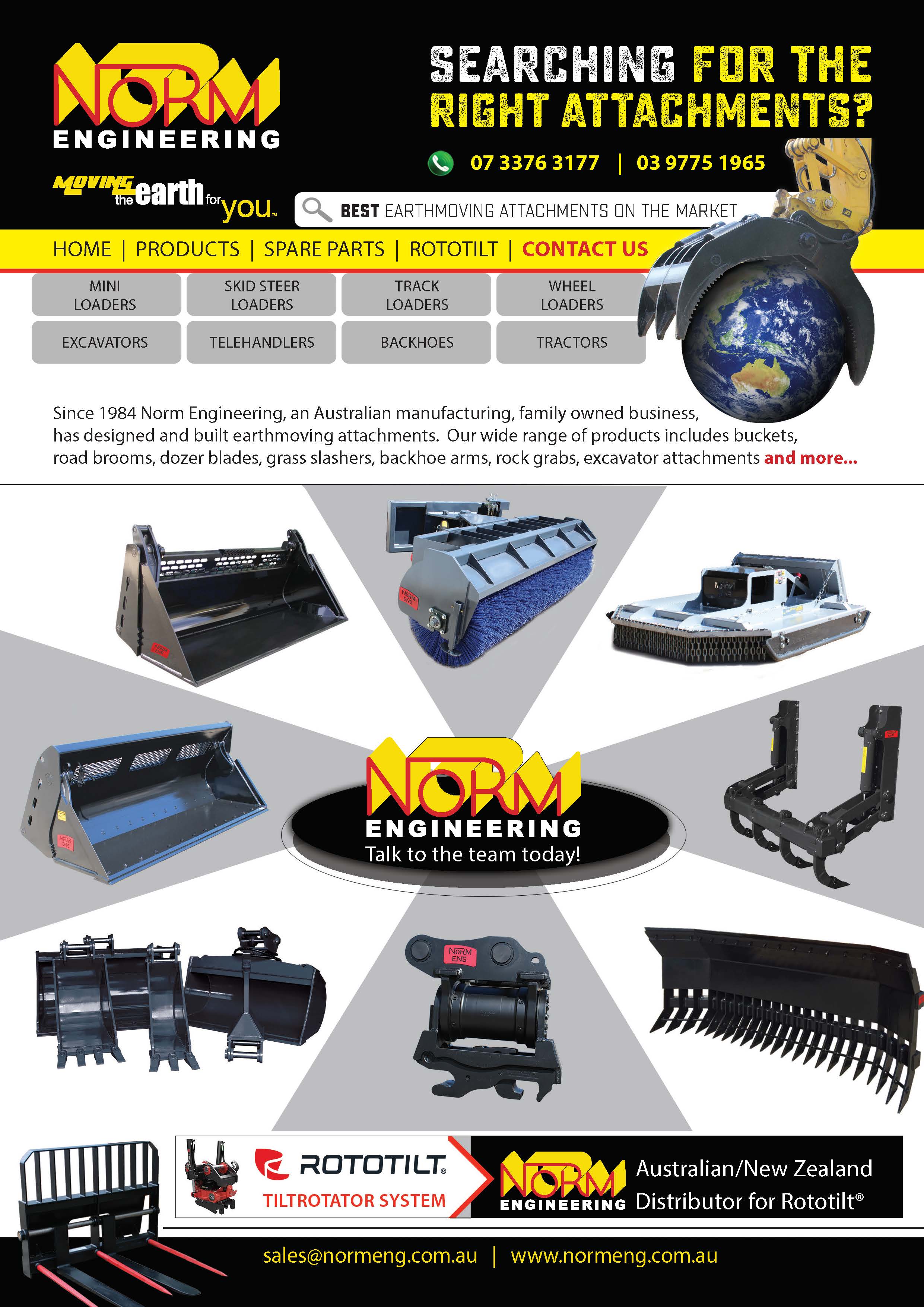 Wayne Keene - January 22, 2022 0
They say if you love what you do, you’ll never work a day in your life. Aaron Rae, owner/director of North Coast Contracting, is...

Wayne Keene - January 11, 2022 0
In the house Reece Allen grew up in, they had a saying: the four Allen boys never met a machine they couldn’t drive. Reece, the...

Making the jump means not fearing the fall for Skelton Earthworks

Wayne Keene - December 23, 2021 0
Starting a business always carries an element of risk. But as a professional stunt rider, Blake Skelton knew the secret to keeping your balance...